Humans like stories. In fact, it’s fair to say we are obsessed with stories. And never has our society been richer in stories. Today we have access to all the books, films, TV shows and other story media ever made, with more being made all the time.

Little wonder then that novels became a huge cultural success story – the television, movies and video games of their day.

But if you wanted to lose yourself in a story in 17th century England, where did you go? Most likely to the church or to the Bible, to have biblical myths read to you. Or you might read them yourself if you were among literate minority. Theatre of course, in cities or when a troupe travelled on tour. Possibly to a storyteller to hear a folk tale or two, or maybe some some bawdy stories told in drinking holes. But all said and done, your options were somewhat limited.

When novels began to arrive in the 18th century, as the costs of printing decreased, they arrived in to an environment starved and hungry for stories. And they provided stories stories that were far more complex, original and engaging than the competition. Unless you had a very good vicar, it’s unlikely his storytelling held much a candle to the serial fictions of Mr Charles Dickens. Little wonder then that novels became a huge cultural success story – the television, movies and video games of their day.

Novels allowed the telling of more sophisticated stories. And novelists quickly innovated new tools for the telling of stories. Novelistic techniques that we simply take for granted today, such as limited 3rd person point-of-view, simply didn’t exist in the early days of novels. Stories were told either by the writer as omniscient narrator, or through formats like the epistolary ‘novel of letters’ that allowed the characters to speak for themselves. A large part of the work for students on a creative writing course is to learn all of these novelistic techniques, so that they can write novels to the standards expected by readers today.

The film, in its narrative compression, is far more like the short story than the novel.

Examined from a technical perspective, a novel like War & Peace by Leo Tolstoy is an amazing storytelling achievement. It doesn’t simply tell one story but many, weaving through multiple points of view over a timespan of many years. It chronicles major events in human history, and illustrates them through their human dramas. It leads the reader to ask the big philosophical questions that underly the events. What is war? What is peace? How do we best live in either circumstance? There are other comparable literary achievements – Homer for instance, although the Iliad’s poetic form makes it a tough read for most – but the novel made this kind of complex storytelling widespread. And hugely, hugely popular.

Film took the development of story in a different direction. Filmic narratives are highly compressed, simply to fit in to the typical 120 minutes of time a feature film occupies. The film, in its narrative compression, is far more like the short story than the novel. Film also has an immense capacity for spectacle. You aren’t just watching a cowboy story, you’re seeing a real man firing a real gun. In the modern era of CGI, that spectacle has grown to epic proportions. The kind of slow, subtle character development novels thrive on is hard to achieve in film, and rarely tried today, when explosions and superheroes are so much more profitable.

Storytelling on television was hobbled for decades by that medium’s dependence on advertising, and the advertisers demand that television shows appeal to the lowest common denominator. Episodes of television drama were relatively short, sometimes only 20 minutes when advertising was removed. And networks did not allow producers to advance the storyline across episodes. The TV miniseries – often adapted from novels – allowed some great TV drama to be made, in particular shows like I Claudius and Tinker Taylor Soldier Spy in the UK. 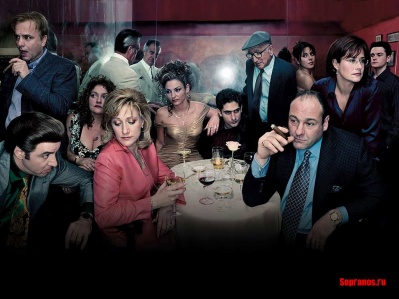 The HBO “box set” series is designed to be sold directly to the audience (as opposed to attracting advertisers) and consequentially aims for a far higher standard of narrative. It typically gives 10 hours of screen time in 1 hour chunks dedicated to telling one coherent story. Each 1 hour episode has its own discrete plot and subplots, but they all feed in to the over-aching series plot. They feature an ensemble cast of characters – as opposed to the single protagonist of most films – all of whom grow and develop (or die!) as the series unfolds. And they deal with complex human situations and relationships. They are, from many perspectives, highly novelistic. And in all honesty, the best of them leave War & Peace and many other great novels, eating their dust.

The Sopranos. Madmen. Band of Brothers. House of Cards. Game of Thrones. My new favourite, True Detective. Individually the best shows in the HBO format (there are now other producers) are the equal of any stories ever told. And in many regards, better. Taken as a whole, there is a strong argument that they are part of the most amazing flourishing of story in human history. They combine the complexity of novels with the spectacle and film. And they bring another element almost unique to television. They are written collaboratively by teams of writers and script editors. These shows aren’t just the product of one superb imagination, but many of them, working in unison.

The novel, having pioneered the complex high quality storytelling it is clear audiences hunger for, now struggles to match the best of that storytelling in other mediums. Novels can’t touch the spectacle of film or the new king of that hill, video games. And they’re outgunned in the sheer richness of storytelling the best television shows can achieve. Not because the novel can’t match that quality, of course it can, but because doing so is very difficult. And the number of writers capable of producing stories of that quality is very small.

It’s easy to set up shop as a novelist. It’s ridiculously hard to actually write high quality novels. Writing a great novel is an achievement on the scale of making a major scientific breakthrough or winning a significant military battle. That’s why in British history Jane Austen is remembered alongside Isaac Newton and Horatio Nelson. And yet very few writers seem willing to pursue the long, hard path towards that kind of achievement. Absurdly, there’s a common conception among writers that they don’t even need to learn to write before putting their work in to the world. How many scientific breakthroughs are made without decades of learning? How many battles won without years of collective experience being deployed on the battlefield? Why expect making art to be any different?

Among the runaway hits in recent publishing is A Song of Ice and Fire by George R R Martin. It’s a novel in the epic fantasy genre, but its success is far more to do with its complex, high quality story telling than the presence of dragons. Martin was a Hugo award winning sci-fi writer at a young age, who then spent two decades working in the word-mines of Hollywood script development, before bringing all of that expertise together in his masterpiece. The books were already massive bestsellers, head and shulders the best books in their genre, before being picked by HBO, where they required little work to fit in to the new television format. 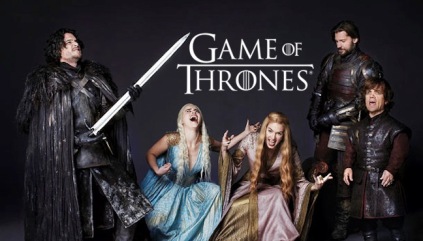 The response of publishers has been comically absurd. For the best part of a decade now publishers have been flooding their distribution channels with fantasy series in the style of Game of Thrones. But instead of seeking out the few writers who might have the chops to make a new work on the scale of Martin’s epic, publishers have paid peanuts to debut authors to make third rate clones that lack all the technical expertise to equal the original. And this is far from a unique scenario. The publishing industry, instead of nurturing quality writing, has turned itself in to a cloning operation. There are still quality books to be found of course, but they are buried amongst a swill of third rate clones of the rare bestsellers that appear. And this, more than anything else, is destroying the audience for novels. Imagine if HBO, alongside True Detective, also released 200 competing television shows that looked similar but nowhere near as good. They would quickly undermine their audience engagement, just as publishers have. If publishers want their business back, they need to be as obsessed with story quality as HBO.

There’s a bun fight about self publishing in the book trade at the moment. Half the trade are waking up to the reality that self publishing is the future, while the other half are looking for reasons why it shouldn’t be. The number one reason is quality. Self-publishing doesn’t provide a career path for writers, or police quality. But publishers abandoned both these roles long ago. The writers who achieve real quality in their work do so entirely under their own energies. And that small minority of writers are now turning to self publishing as an answer to the serious question, what value are publishers adding if they do not nurture quality? Because, if novels are to thrive as a medium in the 21st century, it is only an obsession with quality that will place them among the best storytelling on offer.

39 thoughts on “Novels are losing the narrative arms race”