An excellent guest post today from Jared Hill, a blogger living in Chicago who reads science fiction avidly, and who is also keen on sports and film. Arthur C Clarke was a visionary ahead of his time, but do you agree with Jared’s picks for the great sci-fi writer’s top 5 astounding predictions? Follow Jared on Twitter @JaredHill341

“Arthur C Clarke accurately predicted the rise of the internet, and even further, online banking almost to the year.”

When famed science fiction author Arthur C. Clarke passed away in 2008, he left behind an immense and multi-faceted legacy. Clarke, alongside contemporaries such as Isaac Asimov, demonstrated that science-fiction literature can enrich public discourse about the role of technology in society. Clarke was the son of a radio operator and his early exposure to the rapidly developing field of electronics led to a preternatural ability to imagine applications for future technology. His reputation as a visionary author was so powerful that when film auteur Stanley Kubrick was looking for a screenwriter for a science fiction film in 1964, he reached out to Clarke, who was living in seclusion in Sri Lanka at the time. The script he wrote would end up becoming 2001: A Space Odyssey and it would contain some of his boldest, and most precise, predictions.

In honor of Sir Arthur C. Clarke, his most noteworthy predictions have been compiled below:

In a 1964 BBC Special entitled Horizon, Clarke enumerated his personal predictions for the world of 2000 in honor of the 1964 New York World’s Fair. In the special he stated that satellites would “make possible a world where we can be in instant contact with each other, wherever we may be” and for those of us living in the present, Clarke had no idea how correct he really was. Strangely enough, Clarke’s predictions for a global telecommunications network were spawned in 1945 by a 28-year old Clarke in an article that he wrote for Wireless World entitled “Extra-Terrestrial Relays: Can Rocket Stations Give World-Wide Radio Coverage?”, regarding the potential uses of geostationary satellites. Clarke theorized that :rocket which achieved a sufficiently great speed in flight outside the earth’s atmosphere would never return.” Once the rocket reached orbital velocity, it would become “an artificial satellite, circling the world forever with no expenditure of power — a second moon, in fact.” Bear in mind that Clarke’s paper was written well over a decade before the former U.S.S.R. sent Sputnik into orbit. Today, telecommunications satellites in geostationary orbits have made the wireless information age possible and it was theorized and predicted in its entirety by Clarke decades in advance.

As mentioned previously, Clarke’s mother was a radio operator and in this light it becomes clear why Clarke was so intuitive regarding wireless communications, but his theories extended beyond just communications, but also to the internet as a whole. Clarke’s article on geosynchronous satellite networks helped spur interest in the subject, and NASA actually began collaborating with Howard Hughes on the Telstar project in the early sixties (which ultimately set the path for everything from satellite television broadcasts to HughesNet internet plans as we know them today). As the technology was being developed, Clarke became a mainstay on televisions shows, and when speaking to an Australian news program in 1974 he told the host that by the turn of the century, people would be able to access “all the information needed for everyday life: bank statements, theater reservations, all the information you need over the course of living in a complex modern society.” For comparison, online banking services weren’t popularized until the late 1990’s and by 2000 80% of banks offered online banking, showing that Clarke accurately predicted the rise of the internet, and even further, online banking almost to the year.

Clarke understood how quickly computers were advancing in the 1960’s and 70’s and when he made his predictions about the internet and future society, he also described much smaller computer consoles that would allow users to access infinite information. But the most salient issue he pointed out, at least in this author’s opinion, was that Clarke added that people would “take it as much for granted as we take the telephone.” Clarke envisioned a world where people would use a console at home to communicate with a computer hub, of one kind or another, that would relay pertinent information back to them. Clarke had correctly anticipated that ultimately, home computers would enable humanity to do everything from checking their bank accounts to retrieving theater reservations. Clarke had also made allusions to this concept of a connected web that the whole of civilization was tapped into in his book Profiles of the Future: An Inquiry into the Limits of the Possible, when he talks about generations far into the future as “our remote descendants as living in isolated cells, scarcely ever leaving them, but being able to establish instant TV contact with anyone, anywhere else on Earth.” 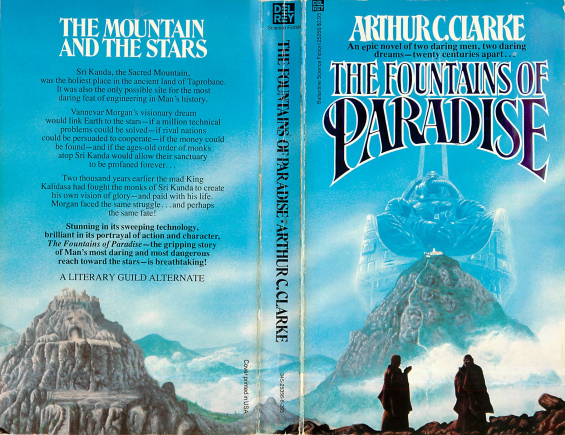 Following Samsung’s entrance into the touchscreen and tablet arena, Apple furiously pursued their alleged copyright infringements as Steve Jobs had submitted dozens of patents involving the iPhone’s technology. In a desperate move, Samsung cited the movie 2001: A Space Odyssey’s “Newspads” as proof that the design was not originally Apple’s. Clarke’s “Newspads” are practically identical to the popular Apple devices and smartphones and tablets have become fixations in practically the exact same way they were depicted in the film. There was a passage from the 2001 novel that may even cause you to look at iPads in a more whimsical way: “Here he was, far out in space, speeding away from Earth at thousands of miles an hour, yet in a few milliseconds he could see the headlines of any newspaper he pleased. (That very word “newspaper,” of course, was an anachronistic hangover into the age of electronics).”

“men will no longer commute, they will communicate”

Clarke made several outlandish and inaccurate predictions including bio-engineered ape servants and the dissolution of cities, but the mechanism that Clarke believed would hasten the fall of urban areas did come true: telecommuting. In his 1964 World’s Fair television special, he predicted that by 2000, “men will no longer commute, they will communicate” and that a person could “conduct his business from Tahiti or Bali just as well as he could from London”. Clarke said that telecommuting would ultimately prove to be a “wonderful thing,” if only in that it meant that people “won’t have to be stuck in cities,” and they’d be able to live “out in the country” or wherever they want. Anyone in international business will attest that telecommuting and videoconferencing has saved countless hours of travel and agony as well as millions of dollars and that it is almost exactly as Clarke described. 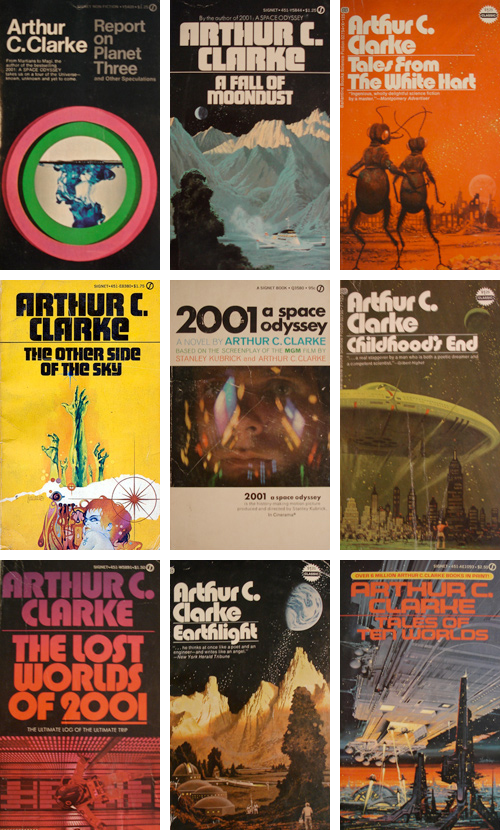