The only thing I’m going to say about The Last Jedi trailer is…it looks just as great as Force Awakens and Rogue One. It’s great to have Star Wars back, and greater than ever. Now if we can just forget the whole decade where it was not great…

“Anakin Skywalker is Anders Breivik, Timothy McVeigh and Dylan Roof all rolled into one archetype.”

I remember my excitement going to see Phantom Menace in ’99. And the sick disappoint at how very bad it was. It damaged my faith in Star Wars for a very long time, until Force Awakens…awakened my new hope (sorry).

The Last jedi makes me even more excited for Star Wars. It shows Disney as a studio – arguably the only major studio – willing to take risks on darker, more nuanced storytelling on a major scifi franchise. And yes, also more political storytelling. For a story arc of the sheer size and epic grandeur of Star Wars to work, those things have to be there.

And of all their many failings, the Star Wars prequels worst sin, was the absolute failure to convey the darkness of the story they were telling. If Star Wars begins with A New Hope, then the stories that preceede it are the destruction of hope. The prequel trilogy is about the triumph of tyranny over the republic…how can that not be a political story?! 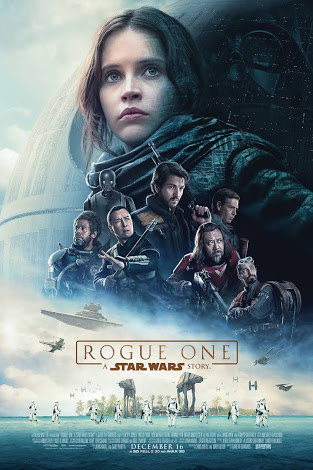 Anakin Skywalker’s story arc is the darkest tale that can be told. He is the holder of power that can, literally, save the galaxy. Instead he is corrupted by an ideology of hate. His arc turns on a fascist terrorist attack where, with his own hands, he murders children he was sworn to protect. Anakin Skywalker is Anders Breivik, Timothy McVeigh and Dylan Roof all rolled into one archetype.

Disney has a history of understanding the long term value of great storytelling. For decades it only released its movies on special occaisions, and shunned video releases for years. It’s a very different company since Pixar’s reverse takeover, but its business commitment to storytelling is even greater.

Rogue One proves that Disney want future audiences to be able to watch Star Wars as one flowing, seamless saga. It wants to own one of the all time archetypal narrative arcs, the ultimate Hero’s Journey, as told in every culture around the world, recast for the modern age. That’s a product it can sell to audiences for decades to come.

The Star Wars prequels just aren’t good enough to fulfill that ambition for Disney. It won’t happen soon, it won’t be announced until they are ready, but have no doubt that those films will be remade to fit Disney’s high standards of storytelling. I for one welcome it, because with Anakin’s story told in its true darkness, Star Wars will be greater than ever.