Cyberpunk’s literary roots have always  dug deep into themes of self destruction…both our terror of losing, and lust to be liberated from, our self.

No comments here, but come talk to me on @damiengwalter.

It’s hard for a human as universally recognised as Scarlet Johansson to pass as a nobody. But Major Motoko Kusanagi, the protagonist of the new Johanson vehicle and cyberpunk franchise Ghost in the Shell, is the ultimate nobody. The Major is a synthetic human, who appears in the form of an athletic young woman primarily because creator Masamune Shirow understood the young male audience for his 1989 manga series. There’s no small irony that, in the ongoing project to create her star self, Johansson has stumbled by trying to remake a story that is all about the destruction of self.

Beneath the surface of its now cliche iconography – mirrorshades, black leather trench coats, flickering neon lighting – cyberpunk has always been about the self. Or more precisely, a philosophical investigation into what will remain of the self once technology has remade human life. Before cyberpunk gave Bladerunner and The Matrix to cinema, those ideas were evolved in two related literary forms – Japanese manga and American / European hard science fiction, which began asking hard questions of identity and self at around the same time.

“But we’re also powerfully drawn to any experience that allows us to escape our self. Video games, virtual reality, cinematic CGI, all provide a technological liberation from our self.”

William Gibson’s novella Burning Chrome features a young woman who is hustling to buy new eyes, the latest Nikon’s, so she can become a “simstim” star. It’s an image Gibson builds on with the character of Molly Millions (a likely influence over Major Kusanagi), a cybernetically enhanced bodyguard whose eyes are sealed behind mirrorshade insets. His skill at composing such poetic metaphors for self transformation made Gibson the spiritual leader of the cyberpunk movement, even before cyberpunk as a name was coined.

For much of it’s history science fiction treated technology as a power controlled by men. Competent scientists who built rockets, and explored alien worlds. Cyberpunk inverted this equation to ask harder, more interesting questions. When technology allows us to replace first our eyes, then our entire bodies, what will be left of “us” at all? When technology lets us reprogramme our minds as easily as we programme a computer, what of our self will be left? For most of us, especially those brought up to believe in some form of soul or spirit at the centre of our human self, these questions can be terrifying.

That terror at losing our selves gives cyberpunk its strange mix of dystopian darkness and fantasy wish fulfillment. Anyone struggling to “unplug” from the internet understands the terror of having our self obliterated by technology. But we’re also powerfully drawn to any experience that allows us to escape our self. Video games, virtual reality, cinematic CGI, all provide a technological liberation from our self. Watching Scarlet Johansson deconstructed and remade as Major Kusanagi, we’re watching our own selves experience this fantasy…or nightmare. 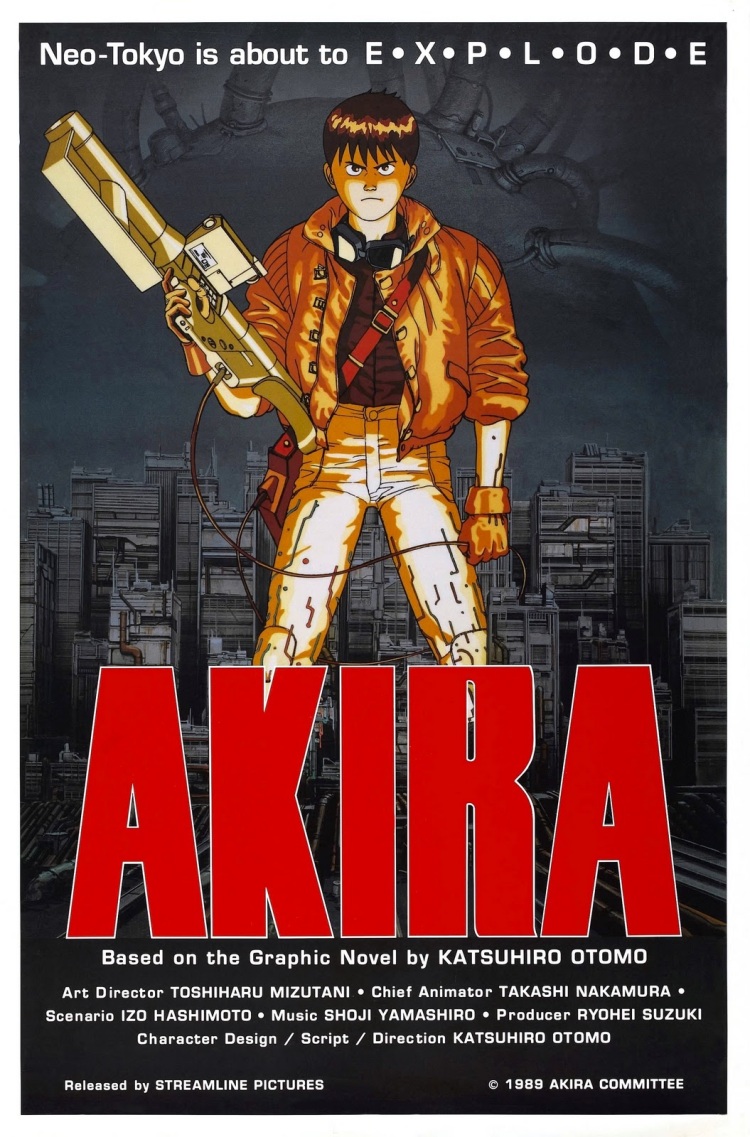 Japanese creators of cyberpunk perhaps have an advantage in exploring the nightmare fantasy of tecnological self destruction. Buddhist cultures already understand the self as “empty“, a construct of perception, subject to constant change. Akira by Katsuhiro Otomo, arguably the greatest cyberpunk narrative, sculpts a baroque and horrifying metaphor for the self. In the anime’s infamous climax, a young hero cursed with psychic powers is mutated into a vast mound of human flesh, crushing the city beneath muscle and bone, as his full psychic self is manifested in our physical world.

The excitement inspired by a movie adapation of Ghost in the Shell is because, as we stare into our smartphones, and soon our VR headsets, we’re living in the midst of a revolution in how we see our selves. Masamune Shirow’s manga and anime originals have something to say about that. But as is so often the case with Hollywood adaptations, Scarlet Johansson’s visually impressive, but intellectually shallow retelling, does not. That’s a shame, and not only because the movie’s “whitewashing” also robs of it of the cultural context that gave it the Ghost in the Shell meaning. But also because Johansson, as one of the most adept sculptors of self identity alive today, might have had so much more to say on the subject.