You’re sitting in bed on a Saturday morning with your nose in a novel, or maybe in row F of the cinema with a movie on the screen, or you’re just having a quiet night in with Netflix, and your nose is bubbly with snot, tears streaming down your face, laughter bursting from your lips. You’ve been hit with the thermonuclear weaponry of the writer’s craft.

Emotion is the seventh foundation of the rhetoric of story. It could be the first. But while emotion is rarely the earliest part of a story to form, once we find the emotion at the heart of a tale, it takes control of every other element. Ultimately, every element of your story is part of a well engineered explosive device, designed to blow open the heart and soul of your audience and leave them a blubbering / whooping / screaming mess of emotion.

Do that, and your story will never be forgotten.

I’m a purebred geek, so when I think of emotion in story, I think first of Star Trek. In fact, the Star Trek franchise is not, by and large, an emotionally driven form of story. But this changed in the movie that saved the franchise from oblivion…Star Trek II: The Wrath of Khan. Much has been written about the ways that writer director Nicholas Meyer saved Trek. But I will focus one single moment of emotion.

The starship Enterprise has defeated an enemy vessel, under the command of the megalomanic Khan, and narrowly escaped the explosive Genesis device. All seems well, then Captain James T Kirk receives a call from engineering. Rushing to the warp engine room, Kirk finds his first officer and truest friend, commander Spock, at death’s door. Spock has sacrficed his life to save the ship. And to save his friend.

“Not all stories require the emo-nukes. Very few require more than one.”

Meyer structures the whole of Wrath of Khan around this single moment. All the film’s narrative and thematic threads meet here. Earlier conversations between Kirk and Spock resonate in their final moment. What would have been a good but forgettable sci-fi movie is elevated up to unforgattable drama with a single moment of high emotion.

I call these moments “emotion tones”. Like the hook in a great song, which also summons intense emotion, these are the moments you’ll rewatch or reread a story for, to experience that emotion tone again. They’re the moments that make people tell their friends, “you gotta go see this film!” Not all stories have them or seek them. Many storytellers dismiss them as the crowdpleasing antics of the pulp storyteller. Others mythologise them as a mystery that can’t be consciously built into a story.

But emotion tones are so primal, so wired into every human being, that they’re almost trivial to summon, once you know how.

Here are some other moments of emotion, tonally related to the death of Spock. (And also relatively geeky in origin!) At the final battle for Middle earth, the King of the Nazgul is defeated by a hobbit and a young woman warrior, Eowyn, who is “no living man”. In the final act of Star Wars: The Force Awakens, Rey beats seven shades out of Kylo Ren in an epic light sabre duel. In a moment guaranteed to make even the studiest ten year old burt into tears, Aslan lays down his life to a mob of braying monsters in The Lion the Witch and the Wardrobe.

I could make a long list of these. They’re all what you might label “heroic” emotion tones, shades of the same feeling, that work in very similar ways. And hence, very useful for understanding how emotion tones, both of the heroic and of more subtle flavour, can be built into your stories.

Clarissa Pinkola Estés is a storyteller and Jungian therapist who I strongly recommend to any storyteller trying to understand emotion. Her work is very accessible, especially in audio, where she combines the telling of traditional folktales, with Jungian analysis that breaks open why the stories effect such powerful emotional states in us. Estés intention is twofold, to help understand the craft of story, and to help us navigate our complex inner worlds. 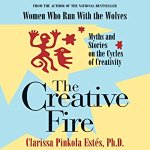 Imagine that your inner world contains three archetypal forces. You can picture them as beings. Distinct personalities within your self. The Innocent is the heart and soul of the self. It is everything we think of as Good. The Predator is all of our fear, anger and hatred, that we often label Evil. The Protector stands between good and evil, to keep one safe from the other. The conflict between the Innocent, the Predator and the Protector is eternal and universal.

Estés illustrates this psychological model in the story of Bluebeard. A young woman (The Innocent) is married to a rich old man (The Predator), who happens to have all the dead bodies of his previous young wives in the basement! Of course, the woman’s brother(s) (The Protector) show up to rescue her. Star Wars, Lord of the Rings, The Lion the Witch and the Wardrobe, and many thousands of other stories, including Star Trek 2, all dramatise for us the battle between the Innocent, Predator and Protector.

We’ve all fought this battle. And many of us, maybe most of us, lost. Or paid the price to win. When we read the sacrifice of Aslan, or watch the death of Spock, we’re not really watching the story. We’re plunged into our own inner conflict. We’re eight years old again, terrfied by a new school. Maybe on that day we gave in and joined the bullies. Our inner Predator killed the Innocent. Whatever our own story is, when we see the Protector fighting on screen, we feel it’s for us. We’re broken open. Sometimes, that can be enough to reawaken our own spirits.

The storyteller, at their best, is healing the inner wounds of the audience.

Psychological models of all kinds can crack open our inner emotional worlds. The Self vs The Ego is at play in stories like Black Swan by Darren Aronofsky, or The Magus by John Fowles. Bill Murray in Groundhog Day embodies every aspect of Buddhist psychology. Humans are infinitely varied, but inside we’re all tussling with the same profound and powerful drives.

Because they’re so fundamental, emotion tones are VERY easily overused. Not all stories require the emo-nukes. Very few require more than one. Even a show as high strung and romantic as Game of Thrones has only two or three per season. (Thrones specialises in negative emotion tones…the Innocent steps into the world and is murdered by the Predator. The End.)

The real trick, with today’s jaded audiences, is to somehow hide the emotion tone until you blow it up. Audiences have seen it all. Literally. But they still want explosive emotion, if you can find a way to sneak it up on them. But that’s now your job ;)

Take a deeper dive into emotion for storytellers as part of The Rhetoric of Story. Course code STORYTEN.

Learn why all stories are fractal.

Come and argue about Star Trek with me on Twitter.

Get special treats as a patron.