A new guest post today from Ferdinand Page asks what, exactly, authors look like? Ferdinand lurked around doing everything to books except write them until the writer’s digestive tract kicked in. An urban fantasy, scripts and short stories are now poised, waiting to re-write the world. Read Ferdinand’s blog and follow @ferdinandpage

What do authors look really like? Countless moodily-lit faces, arranged against a background of bookshelves or graffitied brickwork, have failed to convince the public that they are looking at somebody who writes for a living. Or doesn’t. Authors’ photos are the tip of the iceberg. The problem is capturing what makes a writer a writer, and not just somebody in need of a makeover.

The only accurate visual representation of an author appeared in Teenage Mutant Ninja Turtles in the eighties. Krang, one of the best, and certainly the grossest character to emerge from TMNT is, in every way that matters, a writer. From the midriff of his robotic body, the disembodied brain of Krang peers at the world from its sealed capsule. Krang’s urges, the standard-issue drive of evil alien warlords everywhere, are to emerge into a world reconstructed in his own image.

In eerie replication, the writer takes the raw stuff of real life and turns it into stories. The writer’s brain is located, not in the head as commonly assumed, but in the stomach. Writing is, a digestive rather than an intellectual process, peering out at the world it will re-make according to the perceptions and capacities of each individual imagination.

We are doomed to turn everything around us into story, however well or badly we write it down. Writing is a skill but the urge to write is driven by an alien digestion. J. G. Ballard coupled skill with a powerful imagination that took the disturbing reality of his experience and made it even more disturbing. Interviewed by Thomas Frick for The Paris Review, Ballard identified why writing is so essential to our proper digestion of life.

“I take for granted that for the imaginative writer, the exercise of the imagination is part of the basic process of coping with reality … I know that if I don’t write, say on holiday, I begin to feel unsettled and uneasy, as I gather people do who are not allowed to dream.”

When I re-started my writer’s stomach recently, I was surprised at the demands of this dream-digestion process. In a small but Damascene moment on the Northern Line, I had the choice to write down a plot resolution or check I was on the right line. The writer’s stomach won. It took 40 minutes to get to where I should’ve been.

Fortunately we’re not looking for world domination, although a bigger share of the readership would be nice. But the process of the writer’s dream-digestion is powerful, and it doesn’t show on the outside. As Thomas Frick describes visiting Ballard in Shepperton:

“… It is inevitably rather droll to come upon the man himself … two shiny silver palm trees, bending amiably over a reclining aluminium lawn chair, inject the only note of fantasy into an otherwise quite normal-looking household.”

The outside of a writer, how they appear to the human eye, tells you little or nothing about their interior world. The silver palm trees don’t tell you about the writer’s alien digestive tract. They don’t tell you 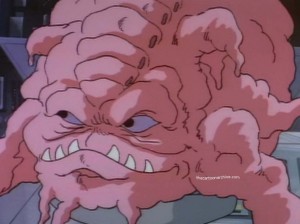